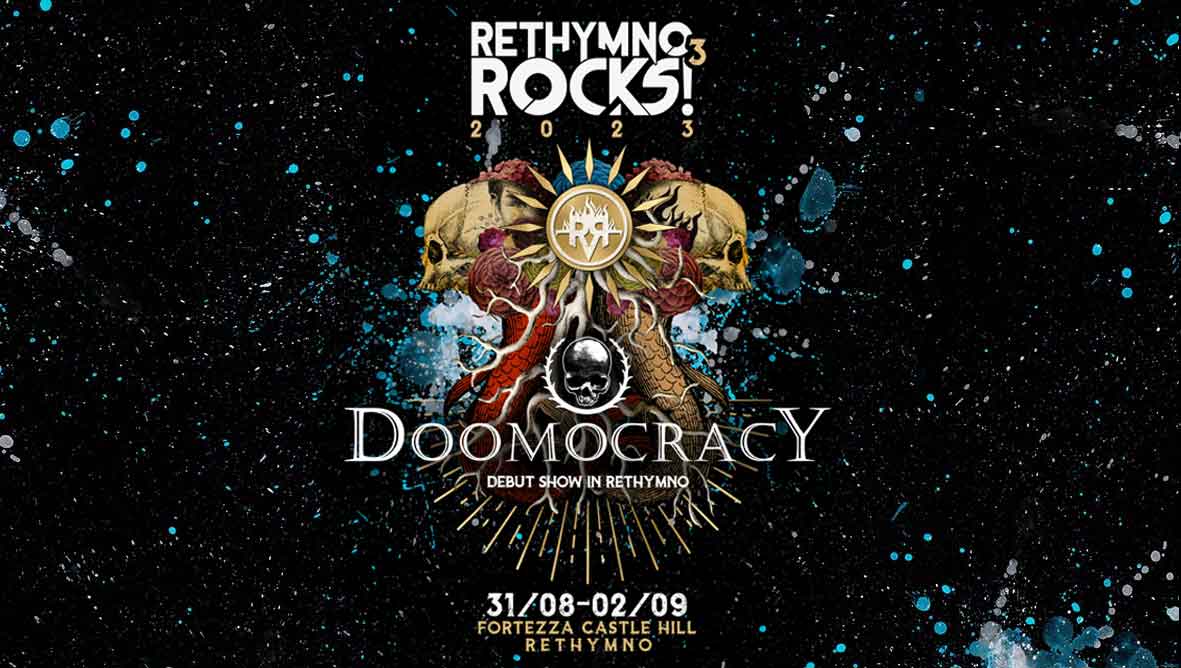 We are very happy to announce to welcome Heraklion-based Doom Metal outfit Doomocracy at Rethymno Rocks #3! Doomocracy was formed in 2011 in Crete and made an instant highly positive impression with their debut album “The End is Written”. Three years later they returned with the second album entitled “Visions & Creatures of Imagination” setting their standards even higher. Their excellent new album “Unorthodox” has made a huge worldwide impact and has already established them as one of the best Doom Metal bands of the modern era! Let’s all welcome them at their debut show in Rethymno!